Columnists March 30, 2015
Power Usage Effectiveness (PUE) is a metric for tracking systems efficiency. But, there’s more to measure in the data center.

Bonus Features December 16, 2014
Historically, water efficiency has taken a backseat to energy efforts, but this is all changing now. 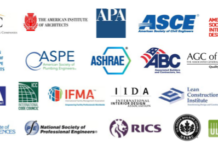 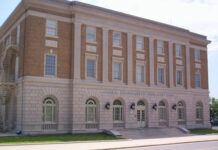 Construction & Retrofits March 6, 2014
These are all critical investments in infrastructure that will create significant savings by preventing costly emergency repairs in the future and maintaining America's public buildings.

Construction & Retrofits March 19, 2013
Every four years, the American Society of Civil Engineers (ASCE) releases a Report Card for America’s Infrastructure. This year, there is little to celebrate once again, as the overall grade rises from D (in 2009) to D+ (in 2013).

Environment December 7, 2012
Is there any new approach to infrastructure that hasn't already been tried? A trampoline! At Russia's Archstoyanie festival, that was the answer delivered by the Estonian architectural studio, Salto.

Environment July 19, 2012
A new report by the National Institute of Building Sciences Consultative Council highlights four areas where the industry and the nation need to focus their efforts in order to improve buildings and infrastructure.

Facility Management December 15, 2011
The Michigan based company offers facility managers an alternative to pipe replacement and the associated expenses.

Environment September 20, 2010
Citing a looming freshwater crisis that could affect the nation’s economy, the livability of our communities, and the health of our ecosystems, a diverse coalition recently issued a landmark call to action aimed at heading off a national crisis in water quality and supply.

Construction & Retrofits June 10, 2009
The ASCE Ohio Council estimates that an investment in infrastructure renewal of more than $46 billion is needed over the next five years to address the state's crumbling infrastructure.

Construction & Retrofits February 27, 2009
The first infrastructure project to move forward under the new federal economic stimulus package was announced earlier this week on 2/24/09.
12Page 2 of 2