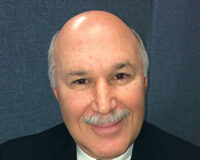 September 7, 2010
LonMark International, a non-profit association recognized for the certification, education, and promotion of interoperability standards for the benefit of manufacturers, integrators, and end users, has announced new representatives to its Board of Directors.

January 27, 2009
The partnership provides a platform for LonMark’s work in with open and interoperable standards and GreenLink’s mission to expand tax incentives for the use of intelligent control technology in existing buildings.