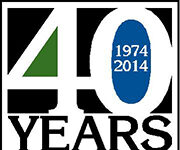 Building Envelope & Exteriors August 25, 2014
Forty years ago, the United States Congress authorized the establishment of the National Institute of Building Sciences when President Gerald Ford signed the Housing and Community Development Act into law on August 22, 1974.

Facility Management August 20, 2014
The Facility Ops Challenge, developed by the National Institute of Building Sciences (NIBS), Total Learning Research Institute (TLRI), and the National Aeronautics and Space Administration (NASA), empowers students to perform as facility managers responsible for maintaining a virtual base on Mars while learning about building systems and the importance of teamwork. 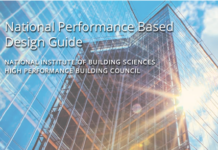 Building Envelope & Exteriors July 17, 2014
The AIA will support the Guide by promoting it to its members as a resource to be used in the design phase of a building as well as by bringing the designer community perspective to the NPBDG review and update process. 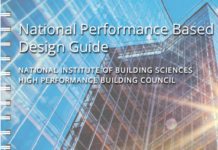 Environment July 19, 2012
A new report by the National Institute of Building Sciences Consultative Council highlights four areas where the industry and the nation need to focus their efforts in order to improve buildings and infrastructure.

NIBS Announces 2012 Board Of Directors

Facility Management November 22, 2011
Upon the release, it is expected that other countries will use the NBIMS-US Version 2 as the basis of their national modeling standards.

Energy Management & Lighting October 19, 2011
EIA is suspending work on its 2011 survey due to budget constraints, which means the last reliable data, from the 2003 survey, is nearly a decade old.

Construction & Retrofits November 8, 2010
The National Institute of Building Sciences is seeking qualified scientific and technical professionals from the public, private, and academic sectors to serve on Scientific Resolution Panels (SRPs).

Facility Management October 6, 2010
The Department of Education recently awarded its federal fiscal year 2011-2014 grant monies for maintaining the Clearinghouse to another entity.

Energy Management & Lighting August 31, 2010
NIBS has encouraged DOE to use a holistic approach to achieve sustainability in federal buildings; look at lifecycle costs instead of first costs as a basis for sustainable decision making; and include operations and maintenance staff and building occupants in the long-term strategies for sustainability.

Environment September 17, 2009
If implemented, the recommendations in a new report from NIBS would provide the VA with a model that is paramount to the future success of veteran healthcare delivery and without precedent in the U.S. healthcare industry.

FM Alert April 23, 2009
The blueprint cites the example of 500 commercial clients of the insurer FM Global, which experienced about 85% less damage from Hurricane Katrina as similarly situated properties. The reduced losses were directly the result of building retrofits and other hurricane loss prevention and preparedness measures taken by the insurer’s 500 policyholders.
12Page 2 of 2