This article comes courtesy of Yahoo!Tech and CNET:

Step aside, keyboards, laptops, and 9 to 5 jobs. A survey of more than 1,000 Internet activists, journalists, and technologists released Sunday speculates that by 2012, those quaint relics of 20th century life will fade away.

It’s not a formal survey of the sort that, say, political pollsters use. Nor are computer journalists especially known for their prognosticative abilities. Still, the Pew Internet and American Life Project hopes the effort will provide a glimpse of the best current thinking about how online life will evolve in the next decade or so.

Lee Rainie and the other Pew researchers asked their survey respondents to respond to a series of questions about 2020 future scenarios, including whether the mobile phone will be the “primary” Internet connection (most agreed), whether copy protection will flourish (most disagreed), and whether transparency “heightens individual integrity and forgiveness (evenly split).

The rough consensus was that “few lines divide professional time from personal time,” and that professionals are happy with the way work and play are “seamlessly integrated in most of these workers’ lives.”

Another, which also met with broad agreement: “Talk and touch are common technology interfaces. People have adjusted to hearing individuals dictating information in public to their computing devices. In addition ‘haptic’ technologies based on touch feedback have been fully developed, so, for instance, a small handheld Internet appliance allows you to display and use a full size virtual keyboard on any flat surface for those moments when you would prefer not to talk aloud to your networked computer.”

One respondent was Google chief economist Hal Varian, who said: “The big problem with the cell phone is the (user interface), particularly on the data side. We are waiting for a breakthrough.”

It’s easier to read the report itself, which you can find here (PDF). This is Pew’s third report in the series; further reading can be found in its 2005 first survey (PDF) and 2006 second survey (PDF). 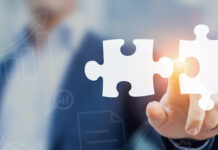 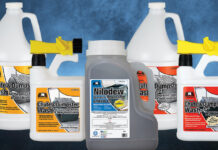 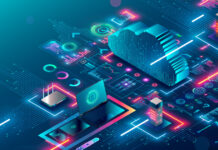