One of the more frustrating aspects of being a facility manager (fm) is that many of the most essential systems are hidden…inside walls, ceilings, floors, and underground. There are numerous pipes, ducts, conduits, structural supports, and other systems that simply are not visible to the naked eye.

It is for just this reason that I’ve often wished for a working pair of those X-ray glasses advertised in the back of comic books. Unfortunately, most fms are stuck with construction drawings in their two-dimensional format along with separate drawings for each trade (e.g. electrical, HVAC, security, plumbing, etc.). This can be difficult to translate into real, three-dimensional locations within actual facilities.

There is a developing technology that may (someday soon) make facility walls, ceilings, and floors “transparent”—a sort of a digital version of the X-ray glasses. This technology is called Augmented Reality (AR), and it combines an image of the real world with information that comes from computerized data. AR apps run on a variety of devices, including computers, tablets, phones, and virtual reality (VR) helmets and glasses.

The AR app uses the live image from the device’s camera, and then combines it with virtual objects created by the AR software. The result is that the computer-generated objects look as if they are “pasted on” to reality in the device’s viewscreen. And through the use of the device’s accelerometer and/or GPS, the software can move the computer-generated objects as the fms moves—to keep the perspective accurate. (This is a very difficult thing to visualize without checking out a demonstration, so do yourself a favor and go to the “experience it live” link to see some videos that show augmented reality in action.)

So far, AR has gotten the most exposure with phone apps used to show the locations of restaurants, attractions, hotels, and other similar places of business (see this link for a great example). There is one very cool iPhone app called MagicPlan that uses AR technology to help you draw a floor plan by clicking on corners of a room with your iPhone. The app knows your orientation when you designate these points, and it then creates a complete floor plan inside your iPhone.

So how can AR be useful to fms? When the technology progresses a little more, AR might be able to show fms things that are not viewable with the naked eye. For example, AR could show the location of pipes, conduit, or ducts inside walls or underground. AR could allow fms to see inside the ceiling where a leak is occurring, making it easy to tell if there is a water line, HVAC condensate, or roof drain nearby—streamlining the search for the source of the leak.

Recently, I have been experimenting with AR apps for use in facility management (FM), and readers can see the results in these two pictures below. One shows a corner of an office as it appears normally; the other picture is the view of that same space through an Android phone running an AR app that adds in elements from the Building Information Model (BIM) of the building. It clearly illustrates there is a structural support column, a waste stack, and electrical conduit inside that wall. The positioning is not millimeter accurate, but it is close enough for me to know what to expect to find inside.

AR must overcome some technical hurdles before it can become widely used in facilities. For example, in the picture of my AR test, you can see the visual AR orientation marker taped to the wall. The software recognizes this marker and uses its location to position the virtual objects so they are oriented appropriately with the live image. I had to use a visual AR marker, because GPS signals were not available in this facility. This is a real challenge for interior AR.

Currently, the vast majority of AR apps focus on exterior use where the device can use GPS location to pinpoint the position of the device and orient the virtual objects. Because GPS signals are generally not available inside facilities, AR developers and researchers are working on a number of other approaches, including using Wi-Fi signals or image recognition, to orient the AR device.

The data that the AR app uses to create virtual objects is another challenge. For facilities, this data will most likely come from either Geographical Information System (GIS) data, which usually shows underground assets like pipelines or electrical conduit, or BIM data, which shows the structure and components of a building. But many organizations do not even have GIS or BIM data on their facilities, making it difficult to get accurate AR results.

AR has amazing potential for construction and many aspects of FM. For example, imagine being able to walk through your facility and examine the hidden infrastructure or actually see the elevators moving in their shafts. If AR information is tied to alarms and sensors in HVAC systems, it would be possible to reveal the exact location of a problem, or visually detect high or low temperatures, just by pointing your smartphone at the area in question.

Outside of facilities, AR could show you the location of underground assets, help plan construction, and prevent excavation projects from rupturing underground pipes. Every year, many people are killed and millions of dollars lost when excavating machinery ruptures underground pipes. A tablet equipped with AR software mounted in the cab of the excavator could let the operator see underground pipes and avoid them.

AR technology is still in its infancy, but it is developing remarkably fast. Often, there are new apps every month. Who knows? I may get those fancy x-ray glasses after all. 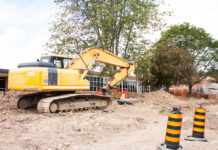 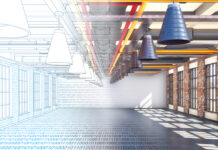 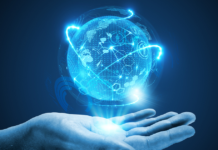