By Allan B. Colombo
From the February 2020 Issue

Commercial and industrial structures are rife with an assortment of environmental concerns that could, at any time, cause untold problems. Examples include low temperature, high water levels, potentially volatile or life-threatening (toxic) gases, fires, and explosions. Whether it’s a small or large apartment building; a four-story, multi-purpose structure; a factory; an office high-rise; or some other type of edifice, the environmental conditions within each one can require constant monitoring.

The need for adequate, timely gas and water leakage detection in commercial facilities, for example, is important from two perspectives. First, prolonged exposure to leaking water can adversely affect the integrity of a building’s foundation and various other construction materials. Secondly, in many cases prolonged exposure, especially where it involves a toxic gas, can be detrimental to the health of those who live, work, and visit there.

Common detection and reporting methods could include one or more purpose-specific, single-point or air-sampling (aspirator) gas detection technologies, in addition to low-temperature detectors and water sensors. Special software solutions also make it possible to collect, analyze, report, and store usage, inspection, and leakage data. Where real-time monitoring is involved, this may include the issuance of a variation of alerts using a local mass notification system with or without an online connection.

As you can well imagine, there’s an electronic solution for every conceivable scenario. Although we won’t be able to cover each and every one, we’ll discuss a few of the more common sensors and cutting-edge systems that manage them. We’ll examine the important part they play in facility safety, construction viability, and some of the high-tech solutions used to reduce the cost of implementation, going maintenance, and day-to-day monitoring.

As a facility executive, you likely already know what it’s like to have something unforeseen happen inside your building or campus. Many of these events, however, can actually be anticipated by leveraging “big data.”

“Using artificial intelligence (AI) to help spot trends within the increasingly complex and growing big data streams from buildings and multiple sensors and IoT networks within a building can mean the difference of success or failure for any type of business,” says Alastair Hood, CEO with Verdafero Inc. of San Francisco, CA.

One example of an unexpected event is a sudden rise in water usage which could indicate a leak. The fact is, if your facility or campus is not monitored for water usage, the cost of structural damage could be staggering if a leak occurs.

The overall cost of the water itself in a leakage situation is another consideration. The American Society of Civil Engineers (ASCE) reports that “…approximately six billion gallons of clean water are lost per day in the United States due to leaky pipes. And it goes beyond just the lost resources, as these leaks can create more expensive problems, like sinkholes in roads or structural damage to homes and buildings,” says Jeff Reinke with Thomas International.

Simple water detection is an option, especially where there’s a threat of flooding. For example, in South Haven, MI, there was massive town-wide water damage because of the overflow of Lake Michigan, “Abonmarche, a consulting firm, reported the necessary repairs … could cost upwards of $16 million, and the United States Army Corps of Engineers predicted water levels to remain high throughout 2020.”

To illustrate how dangerous gas leaks can be, consider this event: In December 2019, a crack in a 6-inch natural gas pipe caused an explosion that killed two people in Philadelphia, PA and destroyed a good portion of one city block.

According to WHYY, a Philadelphia PBS television station, “The blaze started with an explosion on the 1400 block of South 8th Street that neighbors heard from blocks away. The fire quickly spread to three or four rowhouses, causing significant structural damage.”

One expert said that within 30 minutes it’s likely that the leaking 6-inch gas main resulted in an explosion that started the fire. Facility managers must consider this and other possibilities when planning, maintaining, and building out their facility’s infrastructure.

In the case of natural gas, it can explode and/or ignite when the gas reaches 10 to 15 percent of air volume. For this reason, controlling gas and vapor concentrations—when they reach flammable limits—is a major consideration.

For example, according to the industry publication Hydrocarbons Technology, oil and natural gas producer Crestone Peak Resources has taken steps to advance safety at its production sites across the United States and within the State of Colorado. The American oil and natural gas producer announced plans to install air quality monitors at all of its production assets. The company’s move is aimed at improving air quality while providing assurance of its capability to produce energy safely.

The issue of gas leak detection in the commercial food processing and HVAC markets is just as critically compelling as it is with natural gas and propane concerns. For example, where it comes to ammonia used as a refrigerant for food packing, prolonged exposure can cause health problems in those that are in the vicinity.

“Ammonia is extremely toxic at low levels and also has the potential to be explosive given the right conditions. With continuous improvements in the engineering rooms, we wanted to provide low level protection for personnel while also keeping high level protection for the Dangerous Substances and Explosive Atmospheres Regulations,” says Julie Howlett, HR, health, safety & environment director with Greenyard Frozen UK.

Carbon dioxide (CO2) is another gas that’s commonly used in a variety of situations related to cold rooms and freezers. According to Bacharach, a solutions company in New Kensington, PA that operates in the HVAC-R (refrigeration) space, “CO2 can be harmful to humans when high concentrations are present. Leak detection is especially critical in these systems as the high operating pressure (often in excess of 2,000 psi) can cause gas to escape into the refrigerated space at very high rate. This can quickly pose a threat to personnel.”

One of the things that makes ammonia, CO2, and other sensor types especially important when searching for the right solution is operating temperature and response time. For instance, there are some devices on the market that may not be suitable for use at freezing temperatures because these are designed for use in warmer environments. Facility managers should verify that the operating temperature listing of the detection device(s) they intend to use include the temperature extremes that are likely to be encountered in the setting.

There’s another incentive to be considered when contemplating the purchase of a gas leak detection solution in the commercial HVAC-R space: the ongoing cost associated with maintaining leaking refrigerants.

By now, many of the original hydro-chlorofluorocarbon (HCFC) and chlorofluorocarbon (CFC) refrigerants have been replaced with higher priced alternates due to the ratification of the Montreal protocol that took place in 1987. The reason for this was their assumed ozone depletion potential. Thus, Hydrofluorocarbons (HFCs) have taken their place, but at a much higher cost. Now, it is more cost-effective to proactively detect these leaks than to allow them to continue as was often the case in years past.

The Technology Behind The Curtain

There was a day in the not-so-distant past when gas and water leakage detection depended on hardwired sensors installed in all the right places from one end of a facility to the other. It requires a good deal of time, effort, and expense to run these wires. Today, through the wonder of radio technology, you’re able to install a gas detection system without all the muss, fuss, and drama.

WINT’s mission is to detect and facilitate informed decision making related to water usage data. This is one powerful way that the company’s online, cloud-based system alerts facility management as well as making critical decisions using a variety of interactive devices, such as electrically-operated water valves. The system is able to process an unlimited number of data points (big data), rendering almost instantaneous decisions based on accurate, actionable data.

“Our IoT-based devices collect water data and process it locally. They also communicate with the cloud like any other IoT device to report status, ongoing data and critical conditions, and to receive control directions from the Cloud. The devices can make autonomous water-shutoff decisions, so they provide protection independent of communication,” says Dycian.

“This creates the unique ability to do a comprehensive analysis and discovery that can spot billing errors, affect real reductions in utility usage, costs and other key sustainability measures as well as providing a level of utility security never seen before in the industry,” he continues.

According to Hood, his company’s cloud-based processing system will monitor compatible gas and water usage sensors, issuing alerts in real-time when there’s the possibility of a leakage situation.

Meanwhile, Bacharach also offers a refrigerant management software that can be used to track a variety of criteria to achieve compliance reporting with EPA 608, CARB F-Gas and GreenChill. “The cloud-based software, includes usage, tracking, and reporting for unlimited users, sites and refrigeration assets and is ideal for any organization looking to reduce refrigerant emissions and support regulatory tracking and reporting needs while eliminating reliance on spreadsheets or other less sophisticated methods.”

With regards to leakage control, with the advent of IoT sensors, data collectors, and wireless communications, there’s no better way to protect your investment. 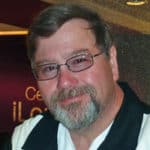 Colombo is a technical writer in the construction industry. He is factory trained by prominent manufacturers in plumbing, heating/cooling, and electrical, and he’s a recipient of the prestigious Jesse H. Neal Award. A longtime trade journalist in the security and life safety markets, Colombo worked for McGraw-Hill Education, and his articles have appeared in magazines since the mid 1980s.

Check out all the recent FM Issue columns from Facility Executive magazine. 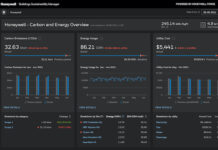