By Peter Flippen, IEI Solutions on behalf of ENERGY STAR

With the building sector consuming 40% of total U.S. energy consumption and representing up to 80% of a city’s greenhouse gas emissions, state and local governments have targeted more efficient built environments as critical to their climate change goals. More than 11 billion square feet, 15% of the U.S. commercial building floorspace, is now covered by an energy benchmarking and disclosure policy. These local and state level ordinances are an established and growing strategy for governments to understand building energy and water use, establish their greenhouse gas footprints from energy use, and to develop strategies to achieve energy and water use and emissions reductions. With that in mind, you may want to know what these requirements are, what markets are they in, and how these initiatives are evolving.

The ongoing story of state and local energy benchmarking ordinances dates back over 15 years ago. In 2005, Washington State legislation required that all state buildings benchmark using EPA’s ENERGY STAR Portfolio Manager tool. Shortly after, in 2007, California followed suit and went beyond state-owned and managed properties to include larger private sector buildings in its legislation. The trend has continued, with more state and local governments passing their own variations of ordinances that require building owners and managers to benchmark in Portfolio Manager and share the results with the jurisdiction for compliance and public disclosure. Since the initial efforts by Washington and California, the list of state and local governments with benchmarking ordinances has grown to nearly 40, including those show in the graphic below.

A number of these ordinances, including those in Atlanta, New York City, San Francisco, and Seattle, require buildings to take the next step in identifying energy performance improvements via energy audits and retrocommissioning (often with an exemption available for properties that have earned ENERGY STAR certification). 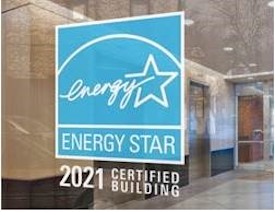 Upon completion of the assessment, laws may require owners to pay for upgrades in cases where buildings are underperforming or otherwise show potential for a strong return on investment. The increase in the scope of benchmarking laws also encompasses water tracking, with more than 20 jurisdictions now requiring that water use data be submitted to Portfolio Manager. Additionally, some jurisdictions require that a certified professional sign off on energy audits, verify that data is complete and accurate, or support other aspects of compliance.

Certainly, the increase in scope of the laws is a trend but perhaps the biggest trend is toward the laws increasing in building coverage and the overall number of laws being passed. Several jurisdictions have updated their laws to incorporate more buildings typically by lowering the square footage threshold or adding a new property type (often multifamily properties). Then there is the trend for smaller cities to pass laws. Initially large cities led the way and smaller cities have taken note of the success with more and more proposing and passing their own laws. A few examples include Evanston, IL, Portland and South Portland, ME, and Edina and St. Louis Park, MN.

Flippen is Managing Partner at IEI Advisors in Richmond, VA. For more information on ENERGY STAR, please visit www.energystar.gov. On November 30, the topics discussed in this article will be the focus of an Energy Management Association (EMA) webinar.