May 5, 2015
OSHA and the National Center for Transgender Equality form an alliance to protect the safety and health of transgender workers.

February 27, 2015
A good number of women and men report they use evasive maneuvers to avoid coming in contact with germs in a public restroom.

Question Of The Week: Soap Suggestions

December 8, 2014
A cheap fixture will not stand up to the cleaning in commercial application and will become an eyesore. Meanwhile, the most economical soap is the one that no one complains about. So how should a facility manager decide what to buy? 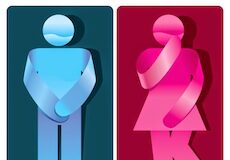 September 19, 2014
Many big name fast food franchises like Starbucks and McDonald's are installing waterless urinals as a resource conservation measure.

July 3, 2014
Since most offices in the U.S. will be closed in honor of the July 4th celebration, the FacilityBlog Friday Funny is coming to readers one day earlier.

FRIDAY FUNNY: Who Will Claim “Top Of The Bowl” Bragging Rights For 2013?

FRIDAY FUNNY: Read It And Weep!

October 19, 2012
In celebration of the 161st anniversary of Herman Melville's great American novel, Moby Dick, find out what lengths a person will go to when prompted by a dare.