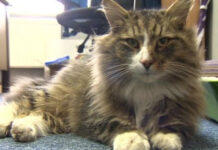 Facility Management February 19, 2016
It’s not clear where Clive had been for over a year, but what’s certain is where the clever cat had been for the past several weeks. 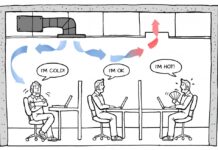 FRIDAY FUNNY: The Too Hot, Too Cold Debate Goes Global

Energy Management & Lighting March 28, 2014
Office temperature is often a bone of contention between staff, with some struggling to work from the heat, while others wrap up in sweaters and gloves to stave off a chill.

Professional Development February 16, 2010
Winners are announced at the BIFM Awards, the biggest networking event in the UK. The closing date for entries is Friday, April 30, 2010.

Professional Development September 28, 2009
The BIFM Awards recognizes more than just the work that facility managers (fms) do; they identify the evolution of FM as an industry.