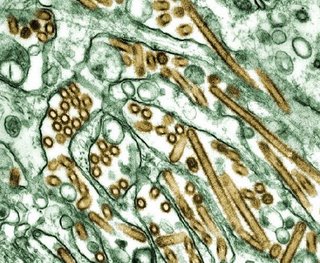 How prepared do facility managers need to be when it comes to bird flu? Reports from scientists and various governments are often contradictory and confusing. It can be difficult to determine the probability of a serious bird flu epidemic in the U.S.

It is important, then, to remain abreast of the latest news when it comes to this threat. In two unrelated incidents, an Indonesia woman has recently died from bird flu (H5N1), and the deadly virus may have infected poultry throughout Japan. It is also suspected that poultry deaths in Kyushu, a Japanese island, can be attributed to this infection.

The concern is that a mutated version of H5N1 could spread faster from person to person, setting off a pandemic.

According to an article from Bloomberg.com, written by Karima Anjani and Kanoko Matsuyama and originally published January 12, 2007:

“‘It makes biologic sense that where there is more virus activity, there is a greater likelihood of some type of genetic change,” Michael Osterholm, director of the University of Minnesota’s Center for Infectious Disease Research and Policy in Minneapolis, said in a telephone interview today.

The H5N1 strain is known to have infected 264 people in 10 countries since 2003, killing 158 of them, the World Health Organization said yesterday. Indonesia recorded the most deaths.”