By Mark R. Miller, FAIA and Dr. Richard Rocheleau
From the October 2020 Issue

Today’s buildings are designed to be high-performance places for high-performance people, but they frequently fall short of their goals. A 2008 seminal study¹ by L.T. Kohn, “To Err is Human: Building a Safer Health System,” examined human error in the medical field and found that almost 100,000 people die every year from preventable medical mistakes. Chief among them? Human error.

We are seeing similar issues with buildings, and, in particular, LEED certified buildings. A 2010 New Buildings Institute report² found nearly 50% of LEED buildings didn’t achieve their Energy Use Intensity (EUI). While blame was assigned to things like poor modeling and poor construction controls, subsequent research discovered the real culprit: Humans.

Over the past decade, teams at the Hawaii Natural Energy Institute (HNEI) and architecture firm MKThink conducted studies identifying humans as the cause of both increased energy use and poor Indoor Environmental Quality (IEQ). The research made it clear we must better understand humans to design and operate buildings that actually achieve high performance.

Companies have spent years improving the energy performance of their buildings, many motivated by the moral imperative to save natural resources and protect the environment. However, for some companies, building costs are still seen as having negligible impact on their businesses, even less on their annual budgets. That’s part of the reason those companies don’t tend to focus much attention on their building costs, and even less on utilities costs, and why excess energy usage often goes unnoticed. But that’s changing as companies realize the impact smart energy use and design can have on business performance.

Building design and operations can have a leveraged effect on improving human performance through enhanced environmental quality (air quality, thermal comfort, proximity, visual comfort, noise quality) that support people’s concentration and effectiveness. Those conditions impact 90% of a company’s budget tied to human performance. That means the relatively small operating costs can have a direct impact on the higher human costs, particularly when the average worker spends more than 90% of their workday indoors. If buildings don’t perform well, people don’t perform well, resulting in a negative impact on business.

“Healthy Buildings,” a recent book by Harvard professors, quantifies the scale of a building’s effect on humans. Their studies show by increasing ventilation rates and decreasing the presence of volatile organic compounds (VOCs), cognitive performance is increased 61-101% over conditions in conventional buildings.

Studies begun in 2012, and continued today by HNEI and MKThink, examined facilities where user behavior led to higher than anticipated energy consumption and lower building IEQ, including lower comfort.

Funded by the U.S. Office of Naval Research (ONR), the first study, evaluated equipment energy consumption related to environmental conditions and human factors in an active U.S. Marine Corp forward operating base during a joint military exercise in the Philippines. In the highest occupancy facility (in this case, a sophisticated medical tent), users gathered during the day for relief from extreme heat in the air-conditioned environment. While the tents were designed to be well ventilated, users had blocked the exhaust vents causing the carbon dioxide (CO2) concentrations to increase.

Results showed the tent used nearly 50% more energy than predicted, or needed, to maintain comfort, and the reduced ventilation led to CO2 concentrations at two to four times recommended standards. This was a surprising and important finding as studies have now shown that elevated CO2 concentrations can lead to a variety of adverse health outcomes, including a drop in cognitive performance, which could negatively impact doctors’ performance.

Another investigation in 2016, by MKThink and partner RoundhouseONE, assessed a new net-zero facility at the San Francisco International Airport (SFO). After opening, the facility’s energy performance was within predicted ranges, but three months later, energy consumption was as much as five times higher than models predicted. The study revealed user controls for lighting and HVAC were too complicated for employees to manage on a regular basis, so operational convenience, rather than operational efficiency, determined temperature settings. Coupled with control equipment left on all the time, energy consumption grew.

A more comprehensive study revealing human impact on building performance was a multi-year study started in 2014 by HNEI, along with MKThink and RoundhouseONE. This compared four high-performance, component-built classrooms to both their predictive performance models and two stick-built classrooms.

Three of the high-performance classrooms were the same model, installed and pre-engineered by the Industrialized Construction company, Project Frog and designed to have mixed-mode ventilation and operate in three modes:

All staff were instructed on the modes and given easy-to-read operation manuals. Yet, two years of monitoring revealed that while the classrooms used an average of 40% less energy per square foot and had a higher IEQ 6% of the time, they underperformed, using 50% more air conditioning than modeled, 70% more active lighting than needed during school hours, and spent less than 40% of the time in the IEQ comfort zone. To make matters worse, 60-85% of air-conditioning use was when air temperatures were under 82°F, leading to conditions, from an Adaptive Comfort modeling perspective, that would be considered uncomfortable.

Follow-on studies in modular classrooms at University of Hawaii Manoa completed this year by HNEI revealed similar failings. To reduce poor air quality readings, teachers were instructed on how and when to use Active Ventilation and Passive Ventilation modes, but one of the two rooms operated more frequently in Active than Passive mode, even though they experienced the same weather conditions and usage. Additional instruction was then given on how, and why, to use the modes, including how the modes affected energy use, thermal comfort, and air quality, (along with an LED color indicator of CO2 concentrations for teachers to see), which led to a reduction in the number of poor air quality readings by over 70%.

Human Factors (HF) research is the study of people in relation to buildings, focused on using principles of human psychology and physiology to understand human behavior and performance. Emerging during World War II as a way to better understand how manned systems could be designed to reduce human error and increase human performance, it has evolved into a broader field of study, embedding itself in product companies where human interaction is intimate.

One example of successful HF design is the center high mounted, rear brake light required in vehicles in the U.S. that has reduced rear-end crash injuries and deaths by an average of 7% annually, according to a 1998 National Highway Traffic Safety Administration report. Human factors researchers working for the U.S. Department of Transportation studied driver eye fixations to better understand where drivers were most focused before a collision. They found most drivers were looking at the center of the rear window, not the lower brake lights. By adding the center high mounted brake light, human errors were reduced leading to fewer accidents.

Buildings must be aware of, and respond to, how people actually work, live, and interact within their built environments. Our own research validates people are just busy, focused on other things or don’t have the time or information to make changes to their buildings. Too many buildings are designed to be “set and forget”, making it easy to use active-mode settings, like the AC, and hard to use passive-modes, like opening windows or turning on a fan.

Make It Easy. We must understand how people actually behave in buildings in order to design layouts, technologies, and systems that incentivize good habits and minimize bad. A great example is the staircase in Seattle’s Bullitt Center. In order to encourage physical activity, the design team placed the six-story staircase front and center, made it out of beautiful materials, and surrounded it with windows looking out over the Puget Sound. It was nicknamed the “Irresistible Stairs” for its appeal.

Make It Automatic. It’s time to do the work for people. Sensors and actuation technology to dynamically adjust most building systems based on schedules and conditions exists today. The security building at San Francisco International Airport uses phase-change glass that automatically adjusts its tint based on the angle and intensity of the sun, so people get the right amount of light without glare.

Accept It And Model It. We know people are going to adjust their spaces to fit their needs, but we try to pretend they won’t. Sometimes we can create designs that remove the need for adjustments, other times we need to accept them as human behavior and account for them, even if our energy model looks bad or is less definitive than we’d like.

In 2012, MKThink, with funding from the U.S. Office of Naval Research, developed the first version of a spatial intelligence platform to manage and analyze data across people, space, and environment. With the data, researchers and building operators have been able to reveal and quantify how human behavior impacts building performance.

Currently, MKThink is piloting its environmental measurement technology and computer visioning technology at several businesses throughout northern California. With the increases in wildfires every year, and now the spread of COVID-19, businesses are concerned about the healthiness of their facilities for a return to operations. The environmental measurement technology measures air quality, and other indoor environmental factors, while the computer vision sensors reveal how people are actually using the building spaces and systems—are they staying socially distanced or opening and closing windows/vents? A similar study sponsored by HNEI will be underway shortly in Hawaii using these technologies to investigate social distancing in high-traffic zones of selected buildings

In situations like our current pandemic, or annual toxic wildfires penetrating facilities and forcing closures, the impact is logarithmic and dire—and possibly preventable, as those facilities may actually be the healthy alternative. In time, these will be standard building features in all high-performance spaces, allowing us to learn from, and adapt to, human behavior as it evolves. 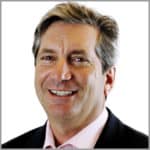 Miller is Founder & Chairman at MKThink, an architecture firm based on an innovative approach to the built environment that integrates analytics and creative services to solve complex business challenges and problems of place to improve the quality of life. Miller is an award-winning architect, planner, inventor, and principal investigator whose thought leadership sits at the intersection of building, environment, human behavior, and technology. His pioneering leadership has resulted in the creation of sustainable building systems for education, data-gathering sensor technologies, and data-management systems that deliver spatial intelligence. 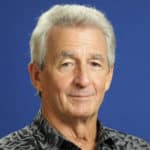 Dr. Rocheleau, Ph.D., is Director at the Hawaii Natural Energy Institute (HNEI), with over 35 years of experience in renewable energy, with an emphasis in the areas of photovoltaics, hydrogen technology, and fuel cells. Following his graduate work, Dr. Rocheleau spent eight years at the Institute of Energy Conversion working on the low-cost manufacture of thin film photovoltaics. He joined the faculty of HNEI the University of Hawaii at Manoa in 1988 and was appointed Director in 2000. HNEI’s mission is to help guide Hawaii through its clean energy transformation by focusing on cost-effective and practical solutions to help deliver commercially viable renewable energy.

Contributing to this article were Signo Jesse Uddenberg, LEED AP, Director of R&D at MKThink and James Maskrey, associate specialist in energy efficiency at HNEI.