Air is taken for granted. No one expects to wake up in the morning tofind that there is no air to breathe. Because there is no consciousconcern about the demand over matching the supply, most people tend notto consider air—nobody except facility managers.

Facility managers are in the somewhat unusual position of having to worry about air and everything that air consists of on a regular basis. If there is a problem with air in a building, they will hear about it.

Fortunately (or unfortunately for constantly harassed facility managers), adjusting the air temperature, for example, can be a relatively easy fix. But temperature problems are just the first layer of the multifaceted, self-contained universe that is indoor air quality (IAQ).

IAQ affects every aspect of a facility, even though employees may not be aware that they are being bombarded with bad IAQ. In addition to temperature issues, particulate matter, harmful gases, and unpleasant odors factor into the air and its perceived quality levels.

When any one of these factors is present in a facility’s air, a number of problems can develop. For example, particulate matter in the air stream can cause allergies to flare up or irritate the eyes. Harmful gases can cause sickness, and odors will make for swift complaints.

Even with the myriad of IAQ problems that can occur in a facility, there are generally different ways they can be handled. Once it has been determined that particulates exist in the air stream, filters can be installed or upgraded to eliminate the foreign objects and harmful gases.

The Roots Of Bad IAQ

Facility managers may have employees complaining that when they come into work, their allergies act up or their eyes become irritated. These are two good indicators that there may be an IAQ problem in the building. Fixing the problem, however, isn’t always easy.

Chuck Felland, product manager for TSI Inc. based in Shoreview, MN, says IAQ problems often begin in the building. “Buildings are constructed to be tight in the interest of saving money. That’s one of the reasons we have so many IAQ problems; we build traps allowing less natural dilution ventilation.”

In the past, when buildings would leak, there would be a trade off. Facility managers and building owners were unhappy, because the building wasn’t tight and that caused an increase in energy costs. But as more air leaked in and out of the building, there were fewer IAQ issues to be dealt with (since there was more fresh air being brought into the building).

“We don’t get rid of air quite as fast as we did in years past,” continues Felland. “Typically, we’re going to recirculate 80% to 85% of the air in the building, because we don’t need to heat, cool, or filter it again. We just reuse the air.” So if something goes wrong with the air stream, chances are good it might be problematic for a long time.

“You have to look at what is generated in the building,” says Chris Muller, technical services manager for Doraville, GA-based Purafil, Inc. “For the most part, these are going to be contaminates made by humans. For example, if there is cooking happening inside the building, or if it is a print shop or a hospital, there will naturally be contaminants thrown up into the air.”

Felland echoes Muller saying, “If there is a source of contamination in a building, chances are good the contaminant is going to keep going around like air in a balloon.”

Those contaminants, when combined with how tight modern buildings have become, create a situation where IAQ can begin to cause problems. Trapped gases and particles are unable to escape so they recirculate through the building, landing in eyes and causing irritation.

If building occupants begin to notice these sorts of irritants, another option may be to look to the furniture. Scott Lesnet of Muscatine, IA-based Allsteel has analyzed this particular issue, and he notes the advantages of testing component materials. “Furniture component materials may emit chemicals of concern into a facility.”

Problems With The Air

As tight as buildings have become in the past years, there is still a need to replace at least some of the air that circulates. While it may not be as large a percentage as in the past, fresh air in the air stream is a necessary reality.

Dave Matela, market manager for Roswell, GA-based Kimberly-Clark, offers a basic version of the life cycle of air in a building. “In general, the air flows into the building through the air intake, which brings in outdoor air and mixes it with pre-existing. The mixture of the two then goes through the filtration system and is disseminated into the building. Basically, the air is recirculated through the building, and the facility adds make up air.”

Muller is saying that, for example, if a facility is located in an industrial park where harmful gases are being given off, facility managers will have to be creative in their strategy for attaining new air.

Muller asks, “How can a facility bring air which is unhealthy into a building? How can that not be addressed? Outdoor air quality cannot be ignored, especially if you’re in a non-attainment area as defined by the EPA.”

If facility managers think it is necessary to include outdoor air in their buildings, they will need to modify their filtration systems.

In addition to gases being sucked into a facility, airborne matter can enter the building as well. For the most part, this is not something facility managers will worry about. A well built and maintained filtration system will catch the particulates once they enter the filtration unit.

“In order to catch the majority of particulates as they enter a building, we see most people moving to higher efficiency filters,” says Matela. “It’s common to see a facility move from a MERV 7 to 11 in a pleated filter; or, from MERV 11 to 13 in a bag filter. As people become more concerned with IAQ, we continue to see upgrades in filtration efficiency to control particulate matter.”

But even with more efficient filtration technology, are facility managers being lulled into a false sense of IAQ security? The most common numbers discussed, when it comes to high end HEPA type filters, are 99.97% efficient at 0.03 microns. What about the really small stuff?

“Traditional measurements in IAQ and exposure monitoring have been looking at PM 10, PM 2.5, and PM 4 respirable particles. Those are typically measured in terms of a mass per volume,” says Felland.

Some of these particles have the potential to be harmful. “Depending on what the chemical, the concentration, and exposure is to these particles,” Felland continues, “the effect on the person who breathes them could be irritating or harmful. It’s like a liquid. If you come across any old liquid and drink it, there may be harmful chemicals in it or there may not be.The same is true with particles in the air. Some will have an effect on individuals, others won’t.”

Assuming there are nanoparticles floating around, managers should be concerned with the effect that may be felt by the occupants. Felland says, “When people breathe in miniparticles, our cilia and mucus membranes do a pretty good job of blocking larger airborne particles. But some of these ultrafines will go all the way down into the aeveloae—the deepest area of the lungs where the gas exchange between oxygen and carbon dioxide takes place. And some of the particles are so small they will actually pass between the cell walls and go directly into the blood stream.”

Cleaning Up The IAQ Of A Facility

Because nanoparticles are smaller than other particulates in the air, facility managers may have to adopt new strategies to combat the ultrafines. The first thought that may enter the mind of a manager might concern the MERV rating of the filters installed in the building. How will these air filter stack up to the small particulates?

Roy C. Kibbe, president of Airistar based in Waukegan, IL, explains these ultrafines can still be filtered. “Particles smaller than 0.03 microns can be collected by a filter, but not at the 99.97% efficiency.”

But media filters alone are still not a lock on removing all the nanoparticles out of the air. This lack of a guarantee can cause anxiety amongst facility managers. It is bad enough when poor IAQ affects someone to a point where his or her eyes itch—a facility manager will hear about it. Muller agrees saying simply, “people are becoming more in tune with IAQ.”

Kibbe explains, “Because nanoparticles can slip through normal filters, it is more important to scrub the air more frequently, which will initiate more air changes per hour into the environment. Through increased air change per hour, the filters are given more chances to capture small particulates. To put it bluntly, when nanoparticles are the focus of filtration, more air changes are required for efficient air purification.”

IAQ effects everything that occurs in a facility. The majority of the time, good IAQ will never be noticed by the population of a building because the occupants expect it. But when something finds its way into the airstream and begins to irritate workers, facility managers may have to hide to escape the complaints. 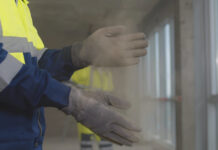