Friday Funny: Perfect Employees Are Anything But Perfect

Facility Management May 1, 2015
Researchers advise managers to be wary of employees who express perfectionism as one of their strengths.

Friday Funny: The Worst Ways To Quit A Job

Facility Management March 6, 2015
A new survey reveals the strangest ways workers have resigned from their jobs, forgetting the fact that how they quit can follow them around from job to job.

Employers Will Be Challenged To Re-engineer The Workplace, Attract And Retain People

Facility Management October 30, 2014
Business entities should be prepared for all contingencies to deal with discrimination claims.

Facility Management October 21, 2014
The schoolyard practice isn't confined to the schoolyard anymore; it can effect workers across all races, job levels, and educational accomplishments.

Human Resources Just Doesn’t Get It 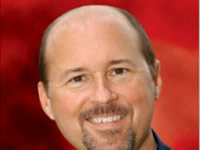 Tricks Of The Trade: Prepping For Cold And Flu Season

Columnists August 7, 2014
Facility managers are in the position to provide convenient and accessible tools to help break the chain of germ transmission. These tools can include hand sanitizer, disinfecting wipes, paper towels (drying with towels can reduce the spread of germs up to 77%), soap, and facial tissue. 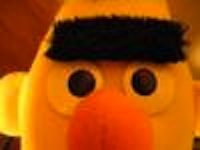 Friday Funny: Has Your Boss Asked You To Do Anything Weird?

Facility Management June 20, 2014
Did you know that more than one in five workers say their boss asks them to do things unrelated to their job? Fortunately, the same study finds that a majority of workers think their boss is doing a better than average job. 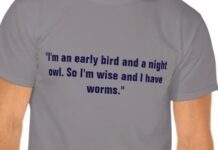 Facility Management May 30, 2014
Even after statistically controlling for total work hours, employees who started work earlier in the day were rated by their supervisors as more conscientious, and thus received higher performance ratings. 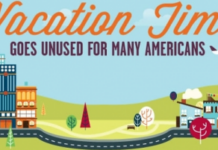 Friday Funny: Are You A Vacation Saver Or A Spender?

Facility Management May 23, 2014
Just in time for summer, a new survey indicates that four in 10 workers don't use all their time because they want to save days or have too much work. 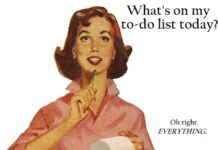 Mother’s Day Survey: How Do Working Moms And Dads Compare? 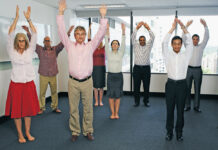 Facility Management April 25, 2014
New CareerBuilder survey reveals who is most likely to gain weight on the job.

Facility Management February 6, 2014
Economy up, economy down, one thing remains the same: love is in the air at the office. Nearly four-in-ten (37%) workers said they have dated a co-worker at some time during their careers, according to a recent CareerBuilder survey. So happy Valentine's Day!

THROWBACK THURSDAY: One Out Of Four Workers Have Encountered Employment Discrimination

Facility Management December 12, 2013
A December 2013 report from Pew Research indicates that Millennial women are getting closer to salary parity, however, broader discrimination issues may still be present in the workplace.

QUESTION OF THE WEEK: What To Do If Someone Has The Flu?

FacilityBlog February 11, 2013
When an important employee appears to be coming down with flu-like symptoms, what can—and SHOULD—facility managers do?

Facility Management September 13, 2012
A new best practices guide for employers has been released to help them establish financial wellness programs that can assist employees struggling to manage tough economic times.