According to the Q2 Randstad Office & Administrative Confidence Index, employee confidence rose for the second consecutive quarter to 54.0 in the second quarter of 2014. The survey, which measures overall confidence among U.S. office and administrative professionals, was conducted online among 394 workers in this sector by Harris Poll on behalf of Randstad. The report found increasing confidence among workers in the strength of the economy and in the number of available jobs.

According to the survey, nearly three-in-10 (28%) office and administrative workers believe the economy is strengthening, versus 22% in the first quarter of 2014. Also, seven-in-10 (70%) employees are confident in their job security, while a little more than one-third (35%) say they are likely to look for a new job in the next 12 months.

The report describes a rapid shift from assistant to managerial roles among these workers. For example, in 2008 only 7% of attendees at ASAP’s Administrative Professionals Conference held non-traditional administrative job titles — most were assistants. But in 2013, more than 22% of APC attendees held titles like manager and project coordinator.

“We have witnessed in our own business an evolution of administrative and clerical roles, stemming from a growing use of technology and the need for more productive and multi-skilled staff,” said Traci Fiatte, Group President of Randstad Staffing. “Our clients are increasingly requesting candidates who have some level of management ability, including project management and employee supervision. This is evident across all industries we serve.”

More than One-Third of Workers Likely to Seek New Employment

This survey was conducted online within the United States by Harris Poll on behalf of Randstad from April 7-9, May 8-12 and June 4-6, 2014 among 3,352 adults ages 18 and older of which 394 are employed in office and administrative positions. 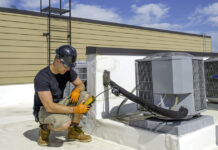 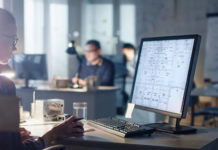 How To Calculate Square Footage In Your Facility, The Easy Way