On October 25, 2015, the Association for the Advancement of Sustainability in Higher Education (AASHE) launched the Green Gigawatt Partnership (GGP) in Minneapolis, MN at its annual conference and expo.

The timing was fortuitous. In December 2015, urged on by President Obama, more than 300 colleges and universities signed the American Campus Act on Climate Pledge to demonstrate support for strong international climate action. Soon afterwards, nearly 200 countries convened by the UN Conference of the Parties, also known as COP21, adopted the Paris Agreement. This agreement aims to curb the climate crises by reining in greenhouse gas emissions.

The pace of progress on renewable energy in the U.S. quickened even more when, just weeks later, the U.S. Congress agreed to extend two federal tax breaks, the Production Tax Credit and the Investment Tax Credit. These tax breaks incentivize the use of solar and wind energy. These tax incentives, combined with the plunging costs and increased efficiency and productivity of both wind and solar, allow renewable electricity to compete favorably in many markets against conventional power from fossil fuels.

The GGP is designed to harness this momentum and help colleges and universities ramp up renewable energy. Specifically, the GGP seeks to catalyze at least one gigawatt of green power development by 2020 by recognizing colleges and universities that have signed large (at least one megawatt), long term (at least five years) contracts to purchase green power—and helping more campuses do the same.

A small but growing number of campuses have already executed large-scale, long-term renewable energy purchases, but many schools face barriers. The renewable energy market is opaque and unfamiliar. Finding, analyzing, and executing large-scale contracts for renewable energy is complex, and can be confusing, especially with insufficient market information and limited experience.

Power purchase agreements (PPA) are one of the most promising strategies for supporting renewable energy. A PPA is a commitment by a large energy user, such as a university, to buy power from a specific renewable energy seller at a pre-negotiated rate for a fixed period of time, typically 10 to 25 years. This type of contract provides renewable energy developers the ability to finance and construct their projects.

Institutions of higher education are beginning to recognize the advantages of these deals, and a handful has executed long-term PPAs from wind and solar projects, both on and off campus. The GGP website features a list of schools that have executed a PPA or are committed to pursuing one. For example, Cornell University has contracted for eight megawatts (MW) of on-site solar PPAs as well as a 16 MW off-site wind PPA. The GGP will foster replication of this renewable energy sourcing strategy by raising the visibility of these success stories, providing national and regional workshops, and publishing how-to guides and procurement document templates.

“With such a complex landscape of energy options, it is important to Cornell to pursue strategies that can responsibly steward our financial resources but also reduce our carbon footprint,” says Robert Bland, the associate vice president, energy and sustainability at Cornell University. “We are excited to say that large-scale renewables are proving to be successful at achieving both.”

Renewable energy options can be complex, but AASHE is confident that GGP is a positive vehicle toward ramping up renewables in higher education. 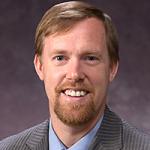 O’Brien is the director of higher education programs at Altenex. Founding board director of the Sustainable Purchasing Leadership Council, he has also served on the steering committee for the AASHE Sustainability Tracking, Assessment & Rating System (STARS) and the AASHE Advisory Council. He was director of sustainability at American University from 2009 to 2015. 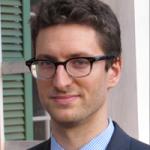 Dautremont-Smith is the director of programs at AASHE. A longtime leader in campus sustainability, he played leadership roles in creating STARS as well as the American College & University Presidents’ Climate Commitment.

Do you have a comment or question? Please visit the Comments section below.