“The SkyConnect and Rental Car Center are critical elements of our historic expansion and have helped us serve a growing number of passengers while allowing us to remain in our existing footprint and provide the same high level of passenger experience,” said Al Illustrato, TPA’s executive vice president of facilities. “By moving our rental car operations a short train ride away, we have helped decongest our roadways, reduce emissions and accommodate millions more passengers annually.”

(TPA is introducing several new amenities to its facilities, including water bottle filling stations and pet restrooms. Click here to see the rest of the list.)

With growing passenger volume, the curbsides and roads at this airport facility had become increasingly congested and the on-site rental facilities were near operational capacity. To improve operations, in October 2017 the project team completed a 2.44 million-square-foot Consolidated Rental Car Center (ConRAC) and 1.4 miles of Automated People Mover (APM) infrastructure including three stations and a maintenance facility. Known as SkyConnect, the APM provides fast, safe, and sustainable transportation for passengers traveling between the main terminal, the ConRAC, and the economy parking structures.

International engineering firm Walter P Moore served as the lead structural engineer and the engineer-of-record of the Guideway and Main Station. Said Senior Principal and structural engineer Richard Temple, “Our challenge was to develop efficient structural solutions in light of existing and future airport infrastructure while minimizing interruptions to on-going operations. Our engineers used parametric modeling and BIM to study, lay out, design, and share their proposed solutions with the rest of the design and construction team.”

Since its renovation, the $730 million APM/ConRAC project has made a major impact on the airport and surrounding community. The expansion ensures that the airport will continue to deliver great customer service by reducing the time needed to move about the airport while increasing safety. With its modernization, Tampa International Airport will remain one of the top airports in the country for years to come. 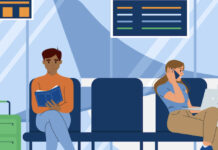 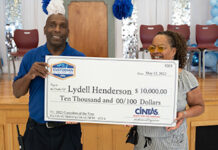 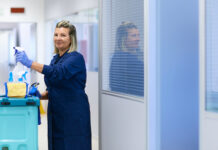