We’ve heard it for years: LEDs may be more expensive initially, but when it comes to calculating all areas of savings (operating costs, energy cost, lamp replacement and labor expenses, etc.), these ultra-efficient lamps are well worth the investment. They virtually eliminate replacement time and costs, decrease heat emittance (which reduces facility cooling loads), and lessen the risk of electrical shock during lighting replacement.

But LEDs are only worth the investment if they hold true to their performance promises. A lamp that boasts an energy efficiency increase of up to 90% compared to other lighting options isn’t beneficial if it doesn’t function.

When it comes to LED lamp failure, the industry standard is 3%. For most, that’s an acceptable rate—but should it be? As solid-state electronic devices, LEDs are similar to TVs or other consumer electronics: They tend to fail early if they’re going to fail at all.

However, many building owners and facility managers that purchase LED lamps and fixtures are experiencing incredibly high failure rates in excess of 20% and find themselves asking, “How did this happen?”

High failure rates occur due to numerous issues, and are often a direct result of inadequate quality control, substandard construction, or poor component use.

Here are four steps you can take to avoid LED lighting failure at your facility.

A $450 billion industry, LED lighting is more expensive than conventional lighting. As prices come down, people tend to buy based on price and ask themselves a great question: “Why should I buy a four-foot linear LED fluorescent tube replacement for $16 when I’ve seen it for $9 elsewhere?”

Believe it or not, as mentioned above, the biggest cause of LED lighting failure is the source – where and how the lamps are manufactured. (It’s important to note, however, that there are other causes of LED lighting failure. For example, shipping may bump a connector loose and negatively impact performance.) From the type of lens to the heat sink and the chips that generate light, in order for an LED to function properly and provide acceptable light output, its components must be built to last. A lamp is only as good as its weakest link.

Most facilities directors don’t have time to investigate manufacturers inside and out, learning about their individual procedures for getting an LED product to market.

To minimize the chances of LED lighting failure, ask the manufacturer about its testing procedures. Some manufacturers fully test completed LED lamps before shipping. For up to 10 days at a time, some manufacturers will place LED lamps and fixtures in a specially designed room and test them by repeatedly turning them on and off, and by leaving them on for extended periods of time. If a lamp is going to fail, it’s likely to do so during this time. By properly testing LEDs before shipping, failures can be caught before lamps are shipped out.

Just because a product has an Underwriters Laboratories (UL) mark doesn’t mean the mark is real. Some LEDs may carry a counterfeit UL mark, or a UL registration number that doesn’t belong to that manufacturer or product. The UL number may not exist at all, or may belong to a product that was discontinued three decades ago (yes, this does happen).

You can easily verify a UL mark by visiting the free UL Online Certifications Directory. It’s wise to use this tool to confirm UL listings and classifications, as well as to learn about product safety standards.

Design Lights Consortium (DLC), a project of the Northeast Energy Efficiency Partnerships, is a resource for facility decision-makers to help avoid LED lighting failure. After hearing numerous complaints from building owners and facility managers who were frustrated after investing in LEDs that failed far short of implied warranty periods (as opposed to the 50,000 hours promised), the DLC was formed.

When commercial LED luminaires, retrofit kits, linear replacement lamps, and E39 screw-base and other LED replacement lamps are qualified by DLC, it means these have been tested and evaluated to specific performance requirements — they’re manufactured with high quality components and held to such a standard that a five-year warranty can be offered to assure quality.

Keeping these four tips in mind, one can be confident that a LED lighting investment will be a safe one, protected against the potential lamp failure that plagues many commercial buildings.

LEDs don’t require separate ballasts like fluorescent fixtures; instead, they make use of internal drivers. Upgrading can be done a few different yet simple ways, depending on the current lighting system.

Some lighting fixtures can be retrofitted by simply changing out the bulbs — swapping fluorescent tubes with LED tubes and removing the ballast and fluorescent lamp holders, for example. Many replacement applications now offer a popular plug-and-play option that can be installed into existing fixtures. Another option is a retrofit kit, complete with LEDs and driver, which mounts directly into the existing luminaire housing.

The last alternative is to replace the entire existing fixture with an LED fixture. If your lighting fixtures are completely enclosed, this may be the route you choose. LEDs shouldn’t be used in tightly enclosed fixtures unless they are approved for enclosed spaces. When heat can’t dissipate from the lamp’s heat sink, premature lamp failure may result. 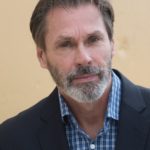 Cloud is a lighting consultant who is officially certified to offer continuing education credits in LED lighting to members of the American Institute of Architects (AIA), the Building Owners and Managers Association (BOMA), the American Hospital Association (AHA), the Professional Retail Store Maintenance Association (PRSM), and Community Associations Institute (CAI). He is also owner and founder of YES LED Lighting, as well as the author of “Say YES to LED Lighting.”